The Annapurna Massif is the range of Annapurna from peaks over 8000m to over 6000m. Among most of the trekking destinations in the Annapurna region, Annapurna Base Camp trek is by far the most sort after by nature and wildlife enthusiasts. 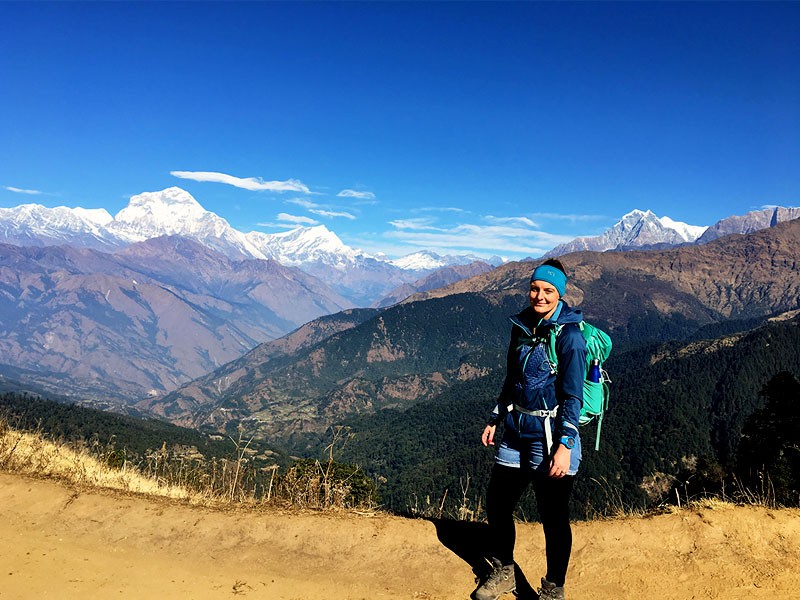 While Annapurna Base Camp itself is the most significant highlights or attraction of the Annapurna base camp trek, other moments equally contribute to the beautiful and fantastic trek:

How is it like to trek Annapurna base camp solo? What can you expect?

There are many trekkers around the world wanting to go on a trek alone rather than with a group. Traveling solo is a differently liberating activity. It gives you a feeling of responsibility, empowerment, and inner peace. In Nepal, the tourism board mostly suggests external tourists to trek along with guides or in groups to avoid the risk of losing the trail. Some of the trekking trails in Nepal like the Tsum Valley trek, Manaslu Circuit Trek are restricted and remote area trek, so it is mandatory to take a guide along and trek with large groups. However, it is not the case with the Annapurna Base Camp trek. Since Annapurna base camp trek is not a restricted trek, you can trek solo. 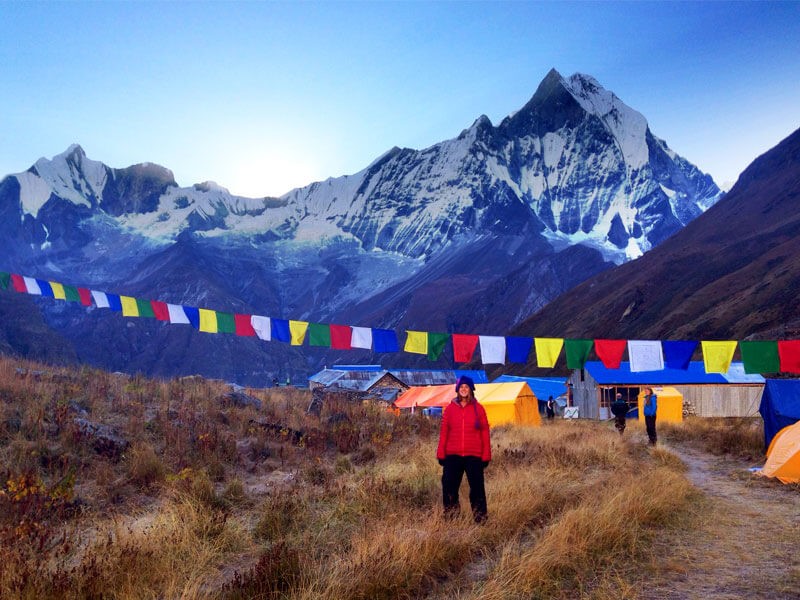 Since the Annapurna base camp trekking route has been popular and well-defined over the years, there are rarely any chances that you will get lost. Annapurna Base Camp trek is generally considered to be a moderate trek-neither to easy nor too difficult. You can expect to get a little tired some of the days when you trek continuously for around 6 hours, but generally, the trek is not so strenuous if you are a regular trekker.

Even if you take the Annapurna base camp solo trek, you will not feel so lonely most of the trail since the route is busy most time of the year. So, along the way, you will meet different groups, individuals with whom you can interact. There are guesthouses every two to three hours on the route. Hence, you shouldn't have to worry about losing the way or starving if your stock is finished.

You can expect the solo Annapurna Sanctuary Trek to be easy if you follow the trail and the itinerary well! 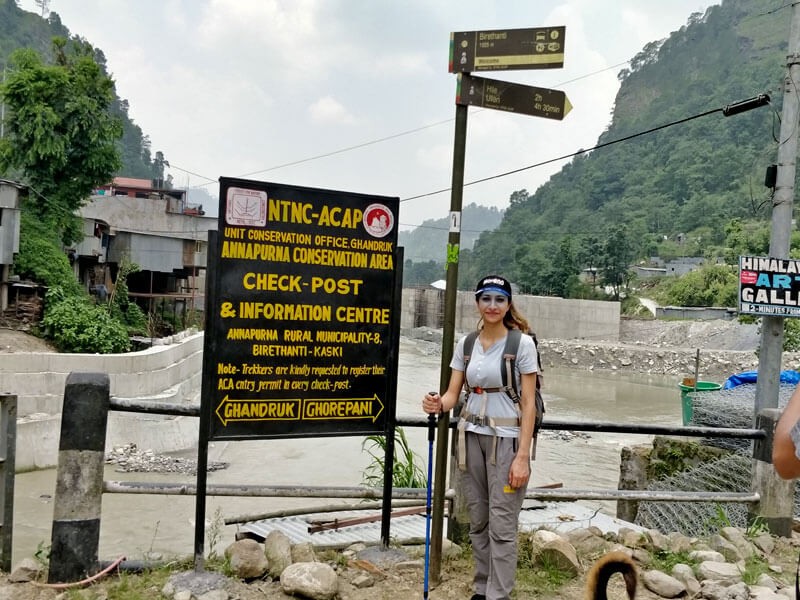 Is it safe to go alone on Annapurna Base Camp Trek?

Annapurna Base Camp trek is generally regarded to be moderate in terms of difficulty. But the question is whether it is safe to go on the ABC trek alone?

One of the main difficulties of trekking in the Himalayan regions of Nepal is falling victim to Altitude sickness, where you have shortness of breath, vomiting, and headaches. However, if you are opting to trek solo, then chances are that you are somebody with past trekking experience. Hence, the Altitude of 4130m might not be of much concern if you walk at a pace.

Snowfall is something to worry about if you trek solo in winter and summer. Alone, you might not get the help if you fall off or slip in the snow. Hence, it is safer to go for ABC trek alone in the spring and autumn season.

Annapurna Base Camp is safe to trek alone in terms of the trail because it is one of the oldest and the most popular. There are signs along the way, so the chances are unlikely that you will lose the way.

There might be safety issues only if you are cheated by some locals exploiting you for money. So beware not to get too cozy, you should be friendly with the locals and fellow trekkers but not entirely depend on them.

Also, since you have to trek for about 5 to 6 hours per day and go to higher altitudes each passing day, t is best suggested that you exercise. If you have any medical conditions that do not allow you to go on extreme activities, then it is recommended that you do not take the Annapurna Base Camp trek alone.

In totality, if you are prepared and ready before the trek, then the Annapurna Base Camp solo trek is safe. 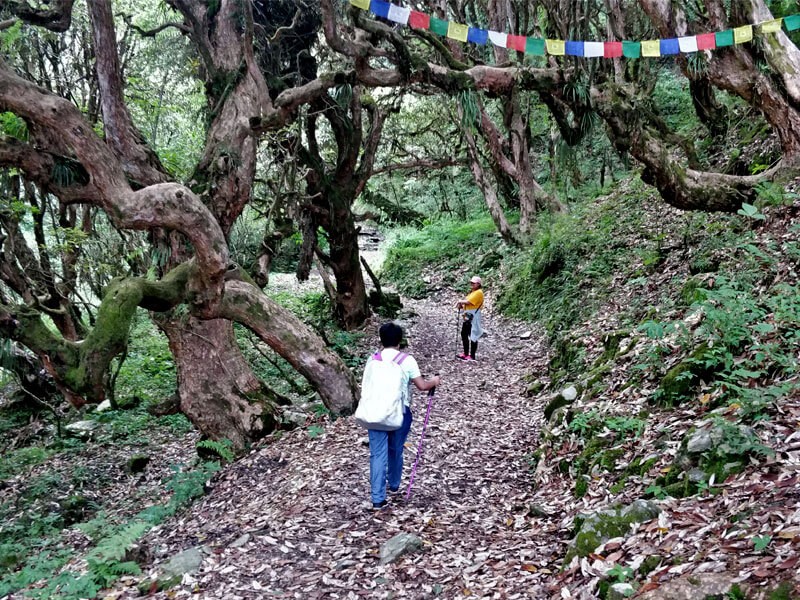 How is Solo Annapurna Base Camp trek different from Group trek?

Trekking in Nepal is suited for both Solo and Group trekkers. Particularly, ABC trek welcomes both of them warmly to its premises. There are many differences between solo and group trek in the ABC trekking experience.

The bottom line of difference in solo and group trekking is the cost. The cost is generally very high for somebody who is trekking alone than for those in a group. Since the accommodation cost is divided into a group, it is a lot cheaper. Also, in terms of accommodation, there are chances that a solo trekker might have to sleep in the same shared room as other, while a group can sleep together in a shared room, which is not at all uncomfortable, unlike for a solo trekker. ABC trek with a group can enhance your team spirit and cooperation, unlike solo Annapurna Base Camp trek.

Trekking solo gives you the confidence to talk freely with the locals and other trekkers to learn more about their culture and lifestyle, while a group is full in itself, so the interaction outside the group is minimal. In a group, you are very reliant on others and seldom get the chance to make decisions boldly. Also, in a group, you will have to go with the mutual consensus, so there is some freedom lacking, unlike traveling solo.

If you are a true explorer and a travel enthusiast, it will not matter whether you are in a group or trekking the Annapurna Base Camp alone, you will make connections and learn more about the culture and enjoy the entire experience.

Generally, Annapurna Base Camp's best season to trek is Autumn from September to November, Spring from March to May, and even Winter from December to February. However, from among these three, a solo traveler should choose Autumn and Spring since there are fewer chances of any natural calamity or mishap. The Autumn and Spring season sees many trekkers, so in case of any difficulty, you can take help from a fellow trekker. The snow in winter might cover the tracks and trail, making it challenging to find the way.

Winter is even good for trekking, but only for those coming with groups because they can entirely rely on each other even when there are snowfall and heaps of snow that might cause difficulty.

Thus the best time for Annapurna Base Camp solo trek is Autumn and Spring with unobstructed views of majestic mountain ranges and also the lush green forests along the way. 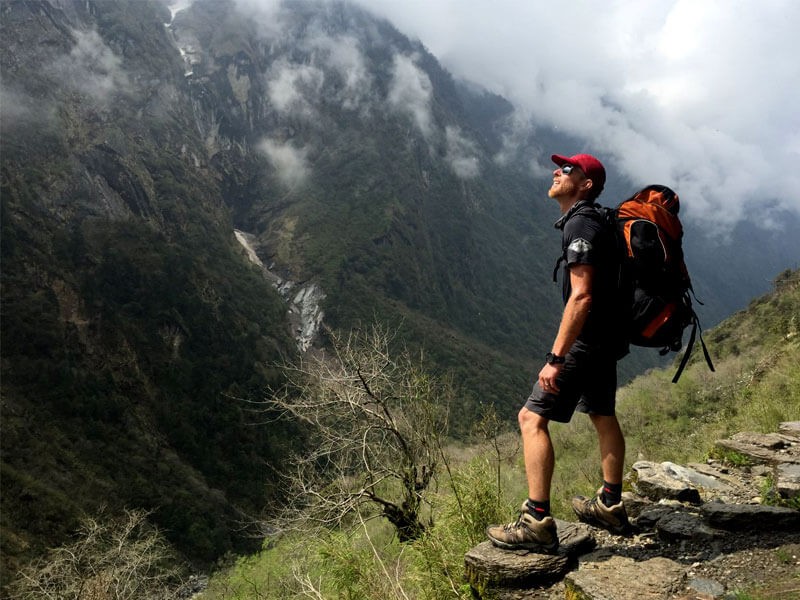 Following are someone the valuable tips for those opting Annapurna Base Camp trek alone:

Annapurna Base Camp Solo trek can be the best and the most liberating experience for you in Nepal if you prepare yourself beforehand and stay positive throughout the trek. As you walk alone through tough terrains, don't forget to occasionally look above to see the panoramic views of the highest peaks in the world. Immerse yourself in the culture, and the solo ABC trekking experience will be worth it.