Annapurna Base Camp Trek in January and February

Annapurna Base Camp Trek in the winter season is a different thrill and beauty. The popularity of Annapurna base camp trek in January and February is because of avid trekkers who want to see the beauty of Nepal in all the seasons. ABC has forever been a land of mystic and adventure. There is never a shortage of visitors in the snowy tracks of the Annapurna Region.

Annapurna region boasts the 10th highest peak of the world, Annapurna I, at an elevation of 8,091. Annapurna base camp trek takes you to the lap of the Annapurna range. the base camp is at an altitude of 4,150m. Throughout the ABC trek, you will get to experience the unique way of life of the Gurung, Sherpa, and Magar community residing there. The biggest highlight of the entire trek is the views of Annapurna South, Annapurna II, Himchuli, and Mt. Macchapuchre. The chilled Annapurna base camp weather in the early morning, along with the rays of sun shining upon the golden-silver mountain range, is the entire essence of the Annapurna Base Camp trek. 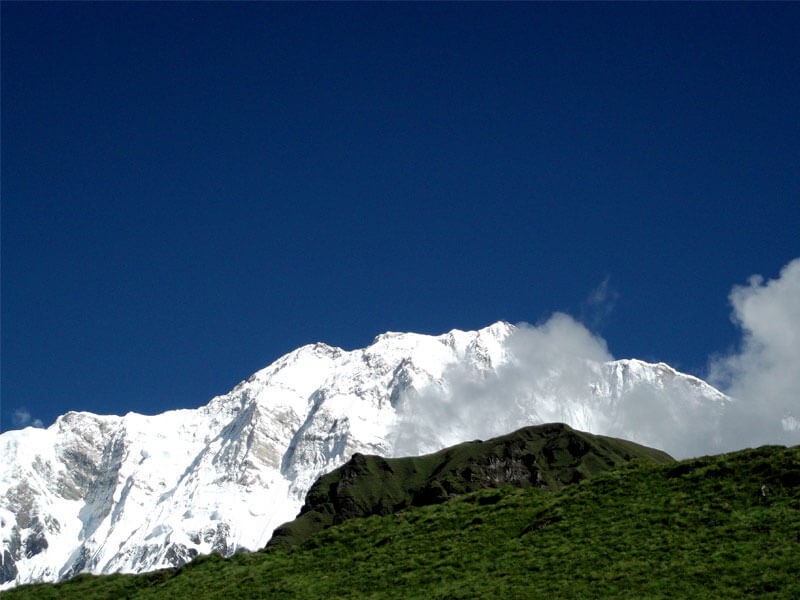 Annapurna Base Camp Trek in the winter season

Annapurna Base Camp trek's best season to visit is considered to be spring season between September to December. The views are particularly clear during the season. However, the winter season is no less in this regard. The winter season is the time when you see the actual view of the Himalayan region. Winter in the mountain ranges is cold and harsh, but you will find that people have a way of living in these conditions, and they even enjoy it. Annapurna Base Camp trek in winter is truly one of the most authentic journeys.

Winter in Nepal is between January to the beginning of March. During the winter season, there is snowfall in the higher reasons above 3000m. As you reach higher, the weather gets colder. There is about a foot or two of snow during this season. The Annapurna Region is entirely white with snow. The Annapurna range is visible right in front of your eyes and looks fantastic.

The advantage of going on ABC trek during the winter season is because you will quickly get accommodation facilities and will not have to pay any extra amount. Another benefit of it is that since the trail is not busy with tourists, you get to see and click pictures of Annapurna II, Annapurna South, Mt. Fishtail, Dhaulagiri Range, Him Chuli, and much more without the hindrance of other visitors. Also, it is the best time for those seeking solitude and peace. 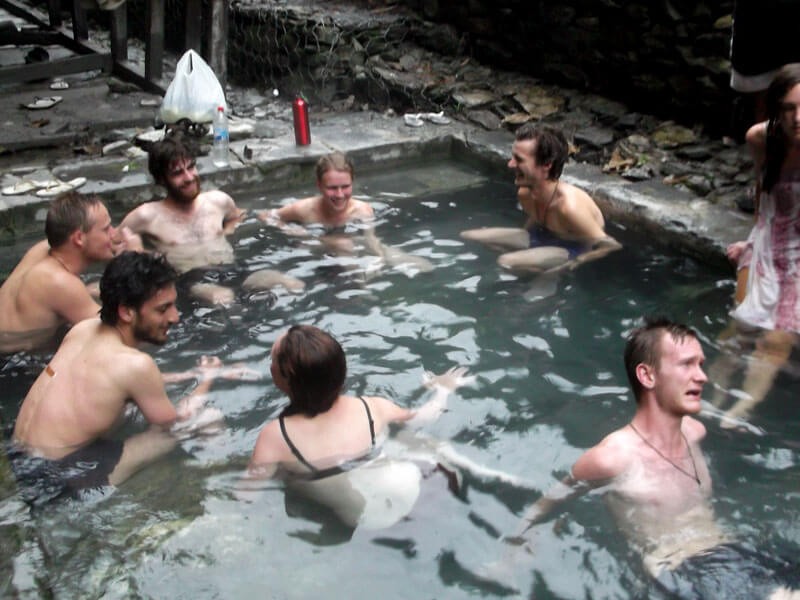 Annapurna Base Camp Trek in January

ABC trek in January is one of the most adventurous and exciting activities that you can opt-in Nepal. Annapurna Base Camp in January can reach below 0 degrees. This being said, the snow that blankets the high mountains of Machhapuchre and Annapurna are unparallel to any view you have ever seen. Annapurna Base Camp Trek January welcomes strange species of birds migrating from different parts of the world, which are a worthy site. The flowers and plants bloom in various nooks and corners. While the Kimrong River in the base flows well, the Modi river that flows above is frozen. 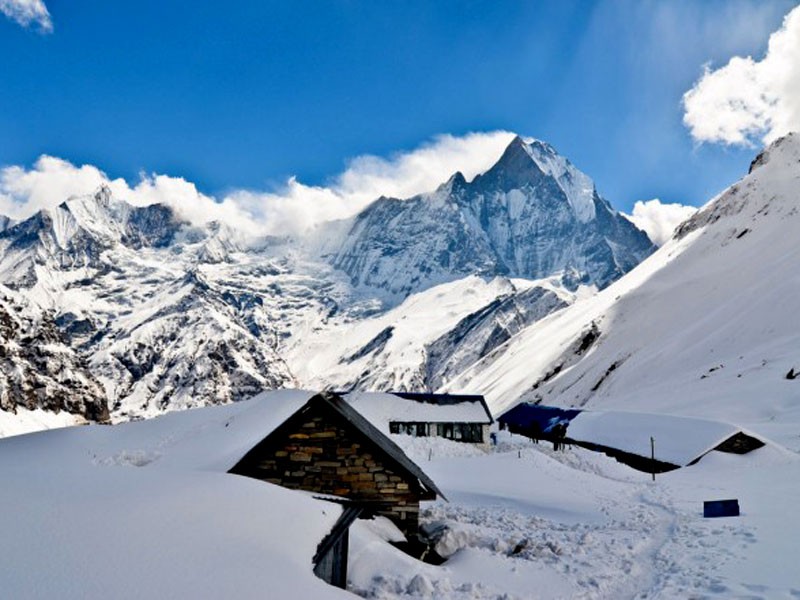 At some point, while climbing the stairs, you might slide from one side to another and break out laughing. Even in the harshest of weather, the warm and welcoming communities residing there show resilience and acceptability. As you sip on a cup of warm tea while watching Macchapuchrey in front of you and Annapurna Range standing behind you, you experience the true beauty and magic of Nepal.

How cold is Annapurna Base Camp in January? January falls in Winter in Nepal. Also, considering that the elevation of ABC is above 4000m, there is heavy snow sometime during the day. Hence, the ABC can get cold in January, the temperature even reaching minus at some days.

Annapurna Base Camp Trek in February

The morning sun during February month is the best thing about your ABC trek. The warm sun tries to melt away the thick snow of the Annapurna Region. As you see the sun rays touch the beautiful white mountains, you feel amazed by how much light it gives off.

February gives off a different scene of the Annapurna region. The forest in the higher altitude towards Bamboo and Sinwa seems beautiful. You might spot some wild animals on the way as well, searching for food and warmth of the sun. The forest looks greener and beautiful. At some point in time during the trek, you will begin accepting the cold and even enjoying the cool breeze hitting the mountains.

At the end of each day in the trek, you get to step on new terrain and experience something new. After the hard, tiring climb uphill and descend downhill, you finally reach Annapurna Base Camp. The views from Annapurna Base Camp take away all of the pain in your muscles. 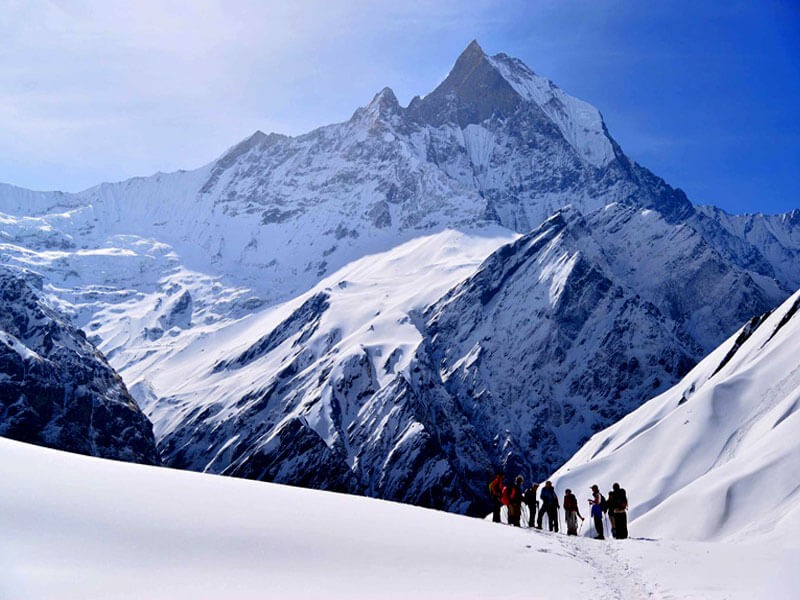 Useful tips for ABC Trek during January and February: