The layout of the Bhaktapur Durbar Square begins with 55-window Palace which was constructed by King Jitamitra Malla and was home to royal personalities until 1769. Currently, it is a national gallery. Nearby there is the Golden Gate leading to Mul Chowk court where Taleju Temple (temple of goddess Taleju Bhawani)is located. Taleju Bhawani is regarded as the home goddess of Kathmandu Valley by the residing Kings and people so all three Durbar Squares of Kathmandu Valley have the temple of Taleju Bhawani. In the same token, the entire complex consists of at least four distinct squares; Durbar Square, Taumadhi Square, Dattatreya Square, and Pottery Square but widely known as Bhaktapur Durbar Square. 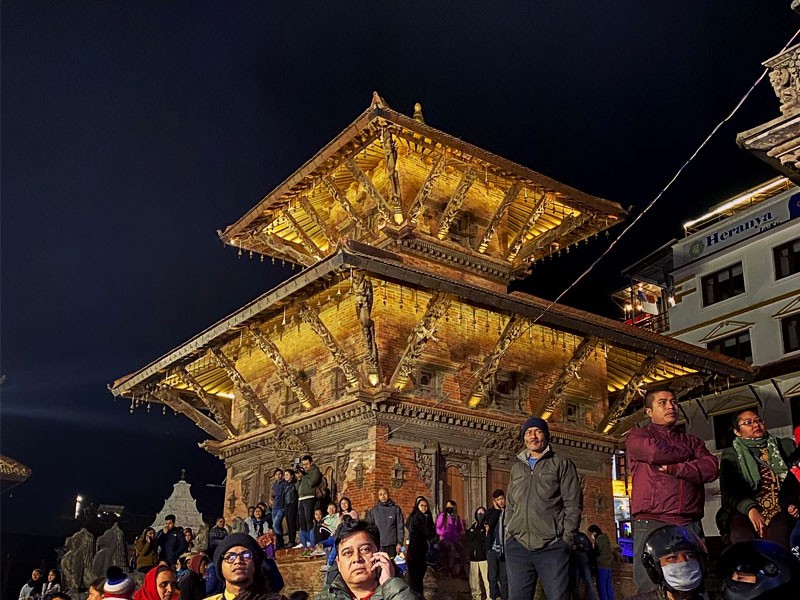 The Palace of Fifty-five Windows was built during the reign of King Yaksha Malla, 1427 AD, and remodeled by King Bhupatindra Malla in the 17th century. Fifty-five Window Palace of bricks walls with gracious setup, sculptural design, and balcony of fifty-five windows is considered to be the masterpiece of woodcarvings.

Nayatapola means five stories in Newari Language (the language of the Newar community) as the representation of five basic elements (Earth, Water, Air, Fire, and Space). It is the highest and biggest pagoda of Nepal with statues lined up on two sides of the staircase to guard the presiding goddess Shiddhilaxmi, which can be seen in five layers from the base of the temple. King Bhupatindra Malla built it in 1702 AD.

The golden gate is surmounted by a figure of the Hindu goddess Kali and Garuda (mythical griffin) and attended by two heavenly nymphs. In the same token, it is beautified with marvelous intricacy. King Ranajit Malla built it in 1754 AD. 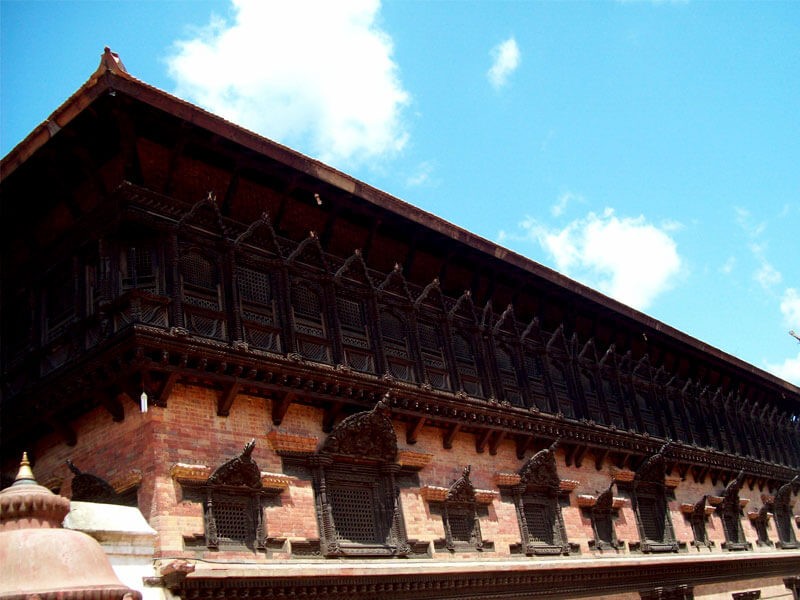 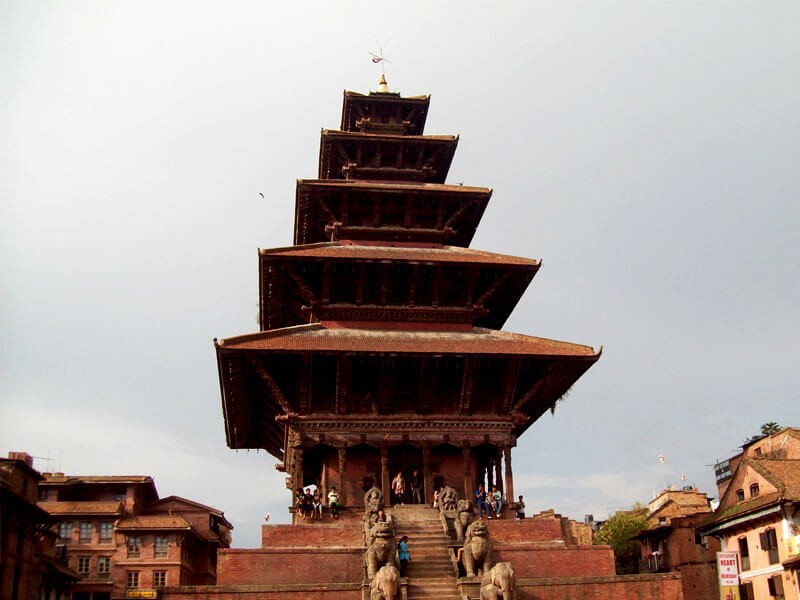 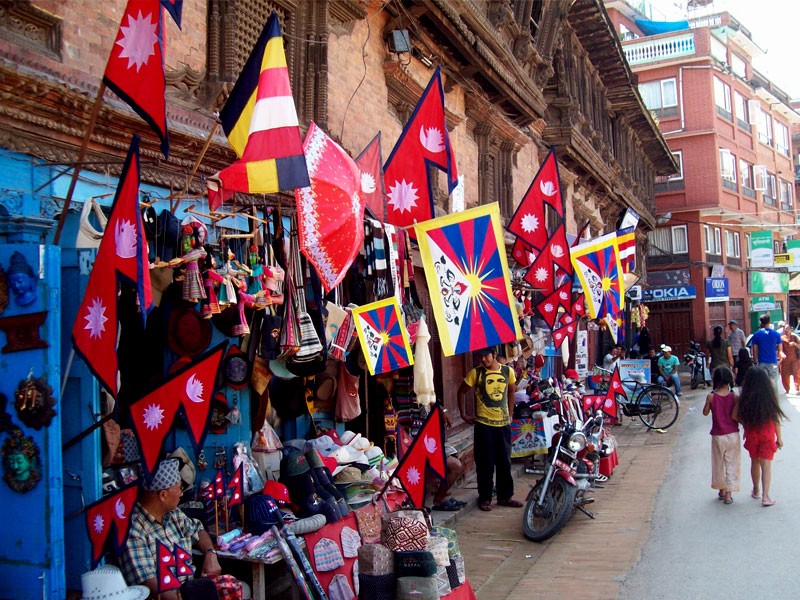