The detailed history of Patan Durbar Square is lacking the evidence and conclusive information and existing inscriptions are in devotional languages of the past which are not understandable. This leads the history of Patan Durbar Square merely based on certain myths, stories, and words of legends creating different versions. Patan Durbar Square must have already been a center of royal people during the first millennium as testified on one of the stone inscription dated 643 AD in the main courtyard, Keshav Narayan Chowk, and another inscription of date 560 AD at Manidhara. Nevertheless, Malla Kings of Lalitpur is credited with the establishment of a royal square. Their assumptions that Paradhans and Thakuri Dynasty were involved in the creation before Malla but there is not enough proof to prove these assumptions. The crafts and information show that Malla Kings made the important upgrade and changes to square and the most current architecture are from the 1600s during the reign of King Siddhi Narsingh Malla. 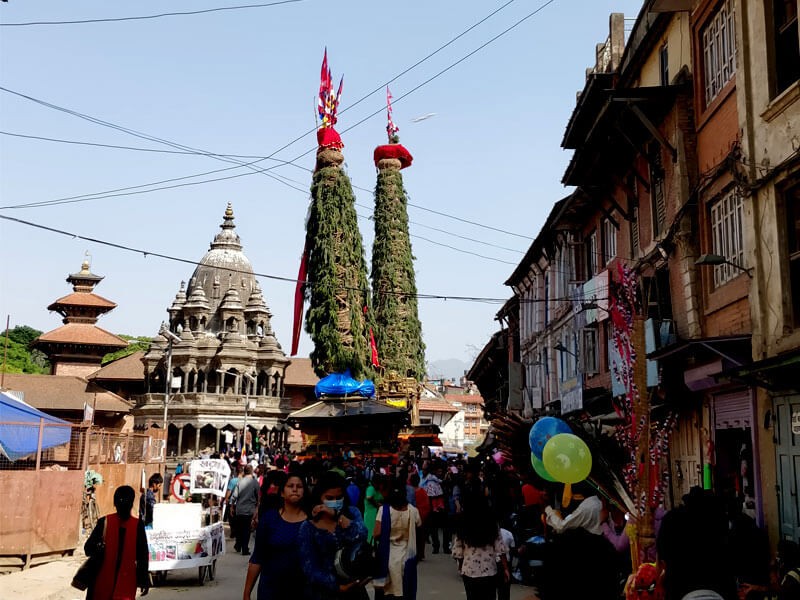 Another myth is related to the small river still underground as stormwater and sewer drain since Malla times. The Buddhist monastery was built on its bank where bright flame emerged from the water. In order to expand the palace area, the monastery was shifted to another space. It is believed that every year during a holy month of Gunla (Aug-Sept) a Buddha image is immersed in the consecrated water of a copper vessel placed in front of the Golden Door and worshipped faithfully by the locals.

Patan Museum: Patan museum is one of the finest museums displaying a collection of works of arts from the ancient period. The museum is the former palace of King Siddhi Narsingh Malla and has King’s Throne of 17th century. Patan museum gives an excellent introduction to Nepal’s Hindu and Buddhist iconography, arts, craftsmanship along with the numerous stone, metal artifacts, paintings, and inscription dating back to the Lichhavi period. 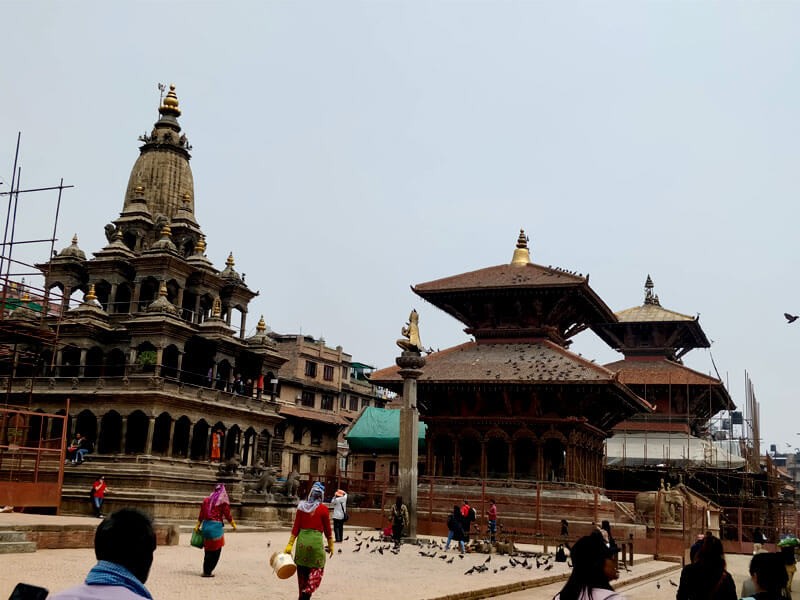 The Golden Temple is also named Hiranya Varna or Suwarna Mahavihar which is believed to be built in the 12th century. The Golden Temple has the statue of Shakyamuni Buddha where the entrance is guarded by two stone elephants and it has a copper-plated façade surrounded by a courtyard.

Krishna Temple is a stone temple built in the Sikhara style which is unmatched for its finest craving in Lalitpur district. It is believed to be constructed by King Siddhi Narasingha Malla in the 17th century with 21 spires, enshrined of Lord Krishna, and said it took 7 years to be a complete temple. Lord Krishna is one of the avatars of Lord Vishnu so there are 10 different avatars of Vishnu surrounding. On the 1st floor, one can see carved images depicting Mahabharat and the 2nd floor has carvings reflecting Ramayana. There a statue of Garuda (mount of Vishnu) kneeling with fooled arms atop of a pillar facing the temple. Every year huge celebration and worshipping are done on the occasion of Krishna Ashtami (birthday of Lord Krishna) as well as during Jatras.

Bhimsen is a brave and strong personality of Mahabharata and locals (Newa community) worshiped him as a god of trade and business. Bhimsen Temple is renowned for its three interconnected golden windows.

Mul Chowk is the central, famous, and largest courtyard at Patan Durbar Square. Vidya Temple is located at its center and the Taleju temple stands around the courtyard. On the southern courtyard, the doorway to the Shrine of Taleju is confined by a statue of the goddess Ganga on a tortoise and goddess Jamuna on a carved Makura (Mythical crocodile). 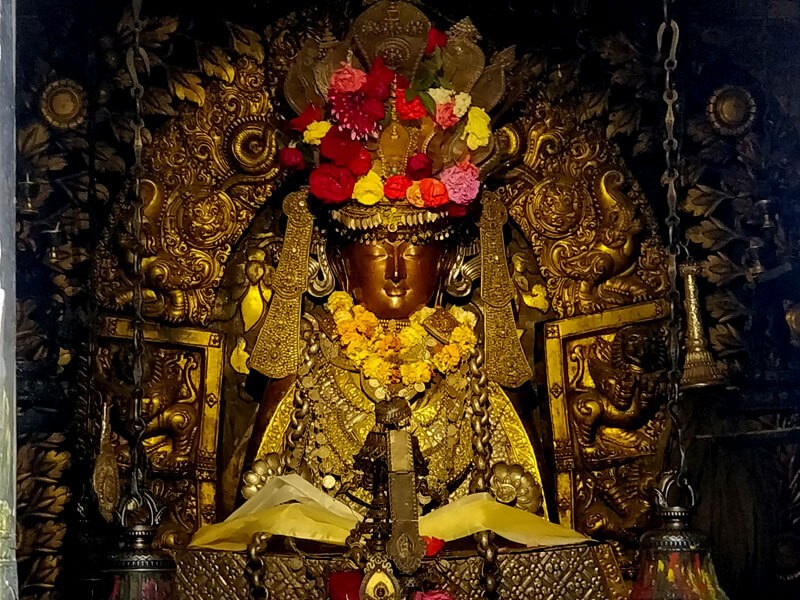 To the south of Mul Chowk, Sundari chowk is located having the sunken tank known as Tusha Hiti. The entrance is guarded by statues of gods: Hanuman, Ganesh, and Nara Singha (incarnation of Lord Vishnu). This chowk takes you to the world of hot and spicy Newari Cuisine (Choila, Kachila, Yomari, beaten rice, fried beans, vegetables) along with local rice wine named as Chhyang. 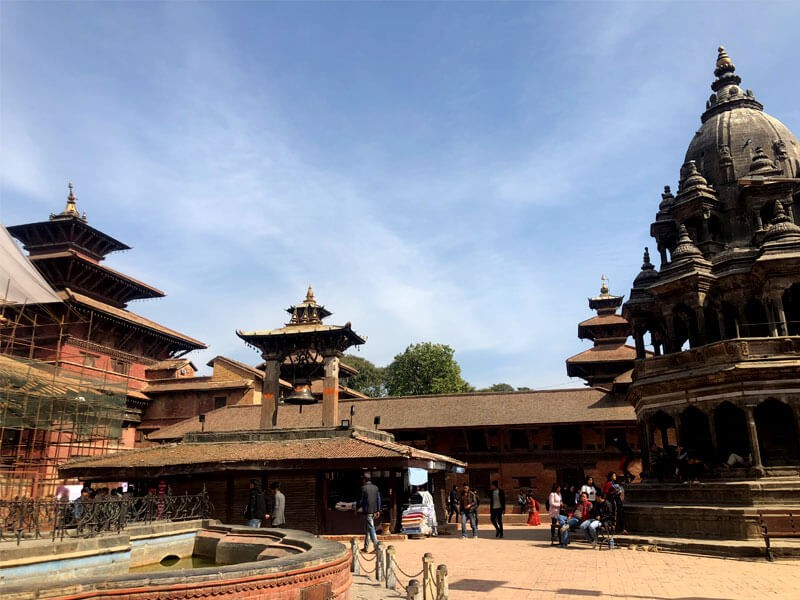