Changu Narayan Temple is the temple of Hindu god Vishnu who is also called Narayan and the temple is established at (Champak Hill) thus, it is named Changu Narayan Temple. It is a milestone in Nepali temple architecture with rich embossed works and leads to be on the list of UNESCO World Heritage Site. The temple is surrounded by Champak tree forest, a small village named Changu, and also the Manohara river flows behind the hill. Due to this environment visitor feels sound and spiritual. It believed to be founded as early as 325 AD and reconstructed in 1702 following the destruction by fire, the temple also has the stone, wood, and metal cravings of the Lichhavavi period ranging from the 4th to 9th century. 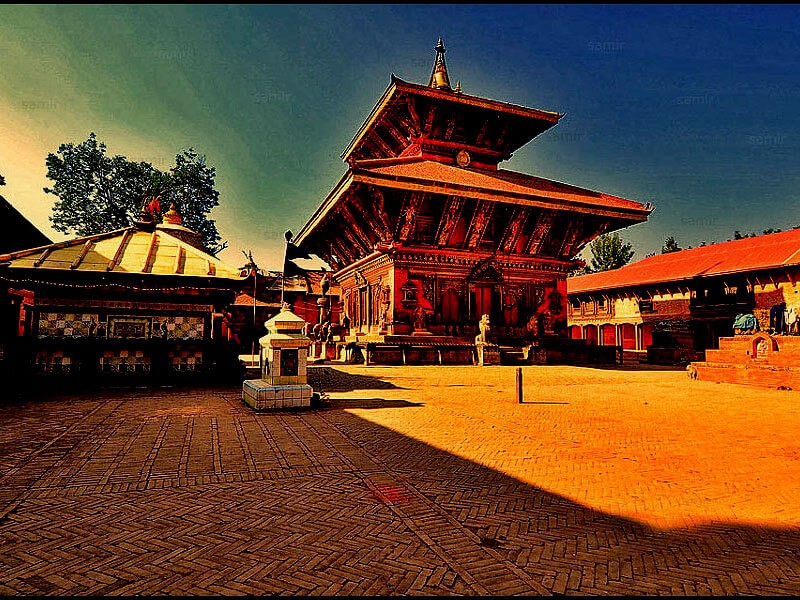 The legend related to Changu Narayan Temple states the presence of Lord Vishnu at the Champak tree. A Gwala (cow herder) brought a cow from Brahmin named Sudarshan. Gwala used to take a cow to Changu (a forest of Champak trees) for grazing and in the evening Gwala took the cow home and try to Milking her but the amount of milk was low. This continued which made Gwala sad and complained Brahmin about the cow and less amount of milk. Brahmin was shocked to see the lowering amount of milk. Thus, they planned to secretly observe the cow for the whole day. To their surprise, a small boy came out of the Champak tree and started drinking the cow’s milk. The two men (Gwala and Brahmin) were furious and thought the boy to bedevil and that tree to be his home, Brahmin cut down the Champak tree. The fresh human blood came out from the tree as he cut it down. Both started to cry as they believed to commit a huge crime. Rather, Lord Vishnu emerged from the tree and informed Brahmin that Vishnu had committed a heinous crime by unwittingly killing Sudarshan’s father. He was cursed for that crime and wandered the earth on his mount, Garuda (Mythical character). Eventually, he descended at Changu and lived in anonymity, surviving on the cow’s milk. As Sudarshan cut down the tree, Vishnu was beheaded and freed from his sins. Then, Gwala and Brahmin established a temple at the spot and regarded it to be sacred. Even today, Sudarshan’s descendants are priests of the temple, and Gwala’s descendants are conservators (Ghutiyars).

Changu Narayan Temple is built in two-tiered in unique Nepali style as it is neither pagoda nor shikhara style, the main shrine guarded on all sides by pairs of real as well as mythical beasts: lions, elephants, ram-horned griffins, and Sarabhas (part lion part bird), roof struts having wooden carving images of Vishnu’s avatars and tantric goddess and the door of the main temple decorated by the golden figure of Lord Vishnu, lotus flower, conch, disc (chakra), mace. It has the oldest stone inscription from 464AD. The courtyard showcases the various avatars (incarnation) of Lord Vishnu as Narasimha (man-lion avatar), Vikrantha (six-armed dwarf with the capacity to cross the universe in three steps and like. Likewise, 10-headed and 10-armed Vishnu with Ananta reclining on a serpent symbolizing the three sections: the underworld, the world of man, and the heavens. 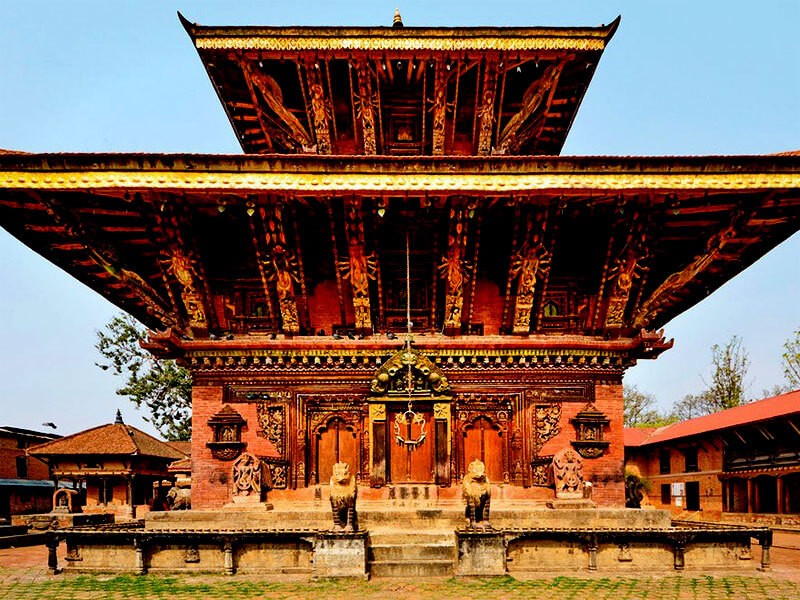 There are additional astonishing art and statue that you can see while visiting the temple from the right side after entering from the main entrance to the courtyard:

Nepal Adventure Team has tour packages for Kathmandu Valley Tour 2 Days: a UNESCO World Heritage Site which can also be customized. You can check the different tour and trek packages on its website. 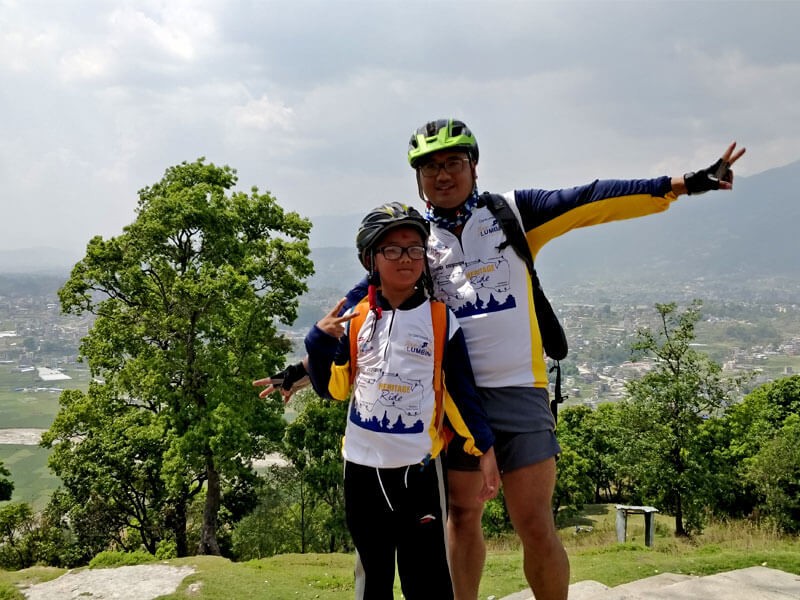