The Malla Dynasty ruled Kathmandu Valley from the 13th century to the middle 18th century. In 1768, Shah Dynasty - the last monarchy dynasty in Nepal occupied Kathmandu Valley and built four more observatories in the southeast of Kathmandu Durbar Square. All the following kings of the Shah Dynasty lived here until they relocated to the new palace, Narayanhiti Palace in 1886. Kathmandu Durbar Square underwent a series of modifications and additions as per the different rulers at different periods which resembles the variation in design and style of the monuments and temples located inside the area. For instance, King Jayaprakash Malla built Kumari Bahal, King Mahendra Malla (1560-1574) built-in the Newari architectural style, his contributions included Jagannath temple, Kotilingeshwara Mahadev, Mahendreswara Temple, and the magnificent Taleju Temple. 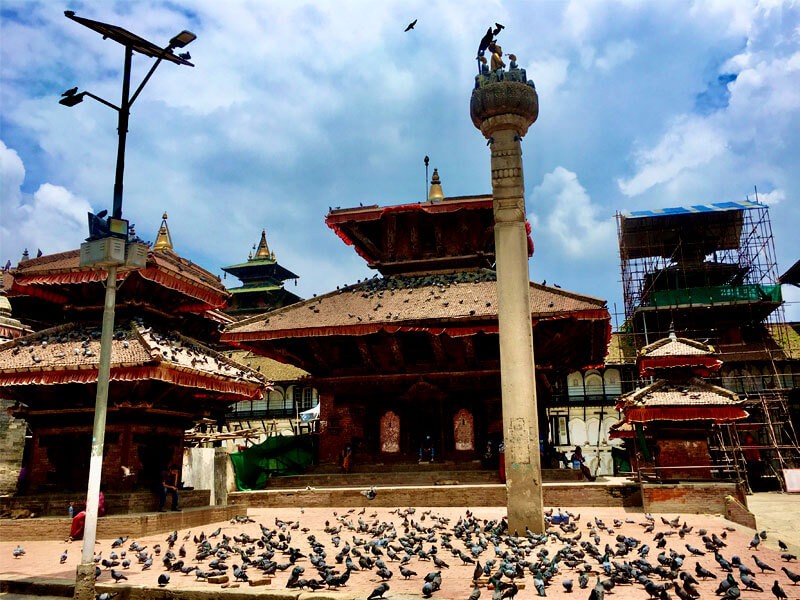 Kumari Bahal, one of the must-sees in Kathmandu Durbar Square, is the residence of Kumari -the Living Goddess of Nepal. The red brick building of three stories preserved many gorgeous and exquisite woodcarvings like Buddha, peacocks, and another pictorial on the balcony and windows in the courtyard. On the basis of religious and cultural criteria practiced since eras, a small girl is chosen as Kumari, the only living goddess of Nepal. She is said to be the human incarnation of the Hindu goddess.

Also called the Old Royal Palace, Hanuman Dhoka in eastern Durbar Square is another existing historical site, which contains the most abundant art collection. Hanuman Dhoka represents (Hanuman is the most loyal devotee of Lord Ram also one of the Hindu God and Dhoka means door) a legend of brave Hanuman punishing the evil and praising the good commended by people. Statues of hanuman stand on the stone pier of the left palace gate, covered with a red brocade canopy. Hanuman Dhoka Durbar was built in the 13th century initially and consummated mostly in the 17th century; this grand palace has nearly 10 Chowks (palaces) for different purposes. Hanuman Dhoka has the wall with 17th century stone inscriptions written in 15 different languages which have not been decided yet and believed as an impossible task.

Built-in 1549, Taleju Temple, a three-storied gold-plating temple with a height of about 35m. One of the most magnificent architecture in northern Durbar Square and is constructed on a 12-storied square base, having several little temples, stone carvings of lions, and mythical characters. There are entrances on four sides of Taleju Temple, and Taleju Goddess is enshrined in the middle of the lintel of the front door (golden gate) facing south. 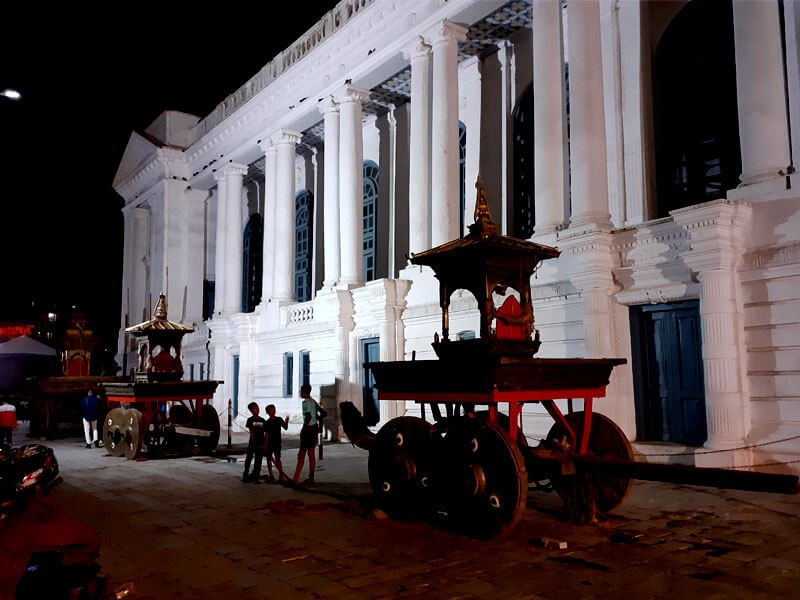 Kala Bhairav is a 4-5 meters stone statue of Kala Bhairav’s grim-look, holding a sword, an enemy’s head, and dharma-vessels in six arms. Kala Bhairav is regarded to be one of the reincarnations of Shiva. Kala Bharav is a. It is the most colorful, fascinating, and adventuring spot in Durbar Square for lots of people due to the features and expression of the statue along with the locals praying and worshiping.

Each temple and monument holds its own religious values, stories, and beliefs. Routinely, the local devotees do offers and prayers at the temples and statues whereas, on the occasions, there is a huge flow of mass for prayers, offerings, and observing. Additionally, each monument displays the fine architecture and craftsmanship from eras to eras and different regimes. These cultural artifacts and elements make Kathamndu Durbar Square a pricelessly valuable site of Kathmandu valley. Make sure to observe these temples and elements in detail while visiting Kathmandu Durbar Square. There are many souvenir shops as well as street vendors in the courtyard of Kathmandu Durbar Square. 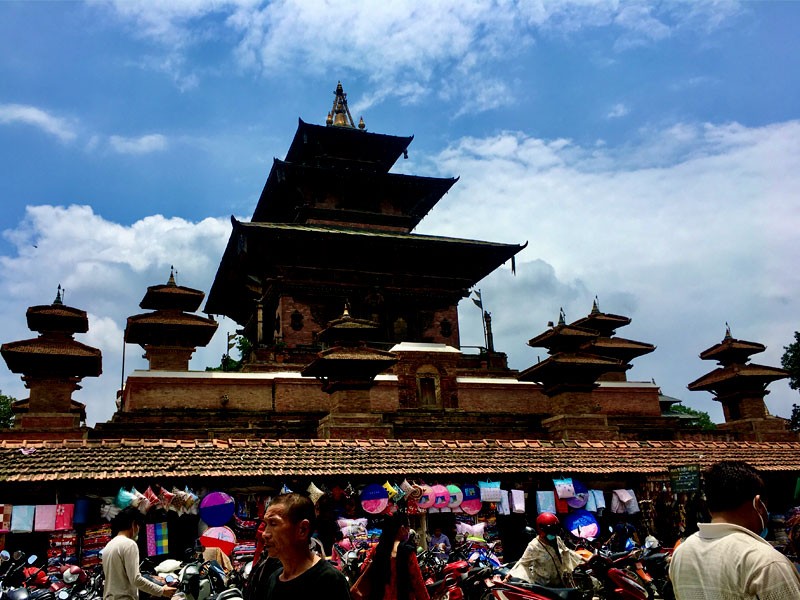